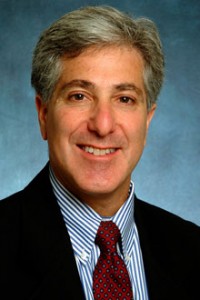 Want to see a list of every grant awarded by The CART Fund?     CART Awards Thru 2019

•After the first CART grant for $100,000 was made to Emory University, the second CART grant was awarded in May 2001. A $250,000 grant was made to CASE Western Reserve University’s Alzheimer’s Research Department, Karl Herrup, Ph.D. and Gary Landreth, Ph.D. covering a two-year grant.)

•In April 2003, CART’s fourth grant in the amount of $250,000 was awarded to the University of Pennsylvania School Of Medicine, John Trojanowski, M.D., and Ph.D.

•In May 2004 the University Of Connecticut Health Center, Robert Reenan, Ph.D., was announced as the recipient of CART’s fifth grant in the amount of $250,000.

•The sixth grant of the CART Fund was presented to Dr. Gary Small and his research team from University of California at Los Angles in May 2005. The grant was for $250,000.

•In May 2008, thanks to generous support from Rotarians and others, it was possible to award two grants (#9 and #10) for the first time. The Cleveland Clinic and Sanjay W. Pimplikar, Ph.D, received a $250,000 grant, and The University of Alabama-Birmingham Medical Center and J. David Sweatt, Ph.D. received a $200,000 grant.

•The practice of awarding two grants continued in May 2009, when the University of Kentucky’s Harry LeVine.III, Ph.D, was awarded CART’s eleventh grant for $250,000 and the Mayo Clinic, Jacksonville, Fl and Malcom Leissring, Ph.D were awarded the twelfth for $200,000.

In May of 2010 the Board awarded three grants for the first time: University of Kentucky: Paul Murphy M.D. 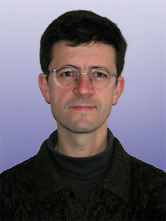 $250,000; University of Wisconsin: Luigi Puglielli M.D., Ph.D. $100,000; Pennsylvania State University: Kurt Brunden Ph.D. $50,000; Dr. Brunden was our very first “Pilot Grant”. We were convinced by our Research Scientists that a pilot grant would spur a great research idea and inspire young researcher in a promising way. The Pilot Grant was for one year and $50,000.

May of 2012: the Research Scientist Panel recommended and the Board awarded research grants to our first lady Researcher. Cedars-Sinai Medical Center, Los Angeles: Maya Koronyo-Hamaoui Ph.D., $250,000; and the secondary award also went to a lady Researcher at the University of Washington, Seattle: Valerie Daggett Ph.D., $100,000. We are excited by the quality and dedication of all of our researchers; however, it was especially gratifying to see the ladies recognized for their unique cutting edge research that brings such promise to our cause.